According to Apple their dream was always to create an iPhone where the entire phone is a screen. They further state that the experience will be so immersive that the phone disappears within the journey of discovery. This iPhone is so intelligent that it responds to a tap, a sound and even a glance. That’s right – Face ID. The ALL NEW feature on the iPhone X that we’ve all been very excited, and slightly nervous to try out.

Below, we’ll show you some of the most outstanding features of Apple’s most revolutionary iPhone yet.

Without a Touch ID Home Button, how are you suppose to unlock the iPhone X? Well, quite simply with your face! According to MacWorld, Face ID uses a TrueDepth camera-and-sensor system as well as the top edge of the iPhone X to detect your face in a flash, even in the dark – and even with glasses on, or after you’ve had a slightly dramatic haircut.

According to Tom’s Guide the face data of Face ID is protected by the phone’s on-device secure enclave, which means your face isn’t in the cloud somewhere. (Thank goodness!) You can use your face to unlock your iPhone X and authenticate Apple Play transactions in-store and in-app. Apple states that the new biometric scanner is difficult to trick.

It can be seen that the iPhone 10 is curvier and smoother than its predecessor, which makes the full-screen display really stand out states Htxt. This super sleek new iPhone also has an all-glass display, which unfortunately means you’d have to take better care of handling it. Apple did, however, add a layer of protection by manufacturing it with what it calls “the most durable glass ever in a smartphone”.

Htxt further states that the seven-layer colour process makes the colour hues and opacity very precise on the glass finish, and the reflective optical layer enhances the rich colours. Digital Trends states that the iPhone X’s camera has a duel-lens 12 megapixel rear camera with dual optical image stabilization, consisting up of a wide-angle lens and telephoto lens. The front camera supports portrait mode and has auto image stabilization and exposure control. According to The Verge Animoji is a feature in iOS 11, which are animated versions of the popular emojis on the iPhone. Animoji uses the Face ID hardware face-scanning features of the iPhone X to create custom 3D versions based on your own facial expressions.

Furthermore, Apple describes Animoji as “custom animated messages that use your voice and reflect your facial expressions.”

According to Htxt the iPhone X is powered by the most powerful and smartest smartphone chip in the world. Introducing the A11 Bionic, which features a six-core CPU design with two performance core that is 25% faster and four efficiency cores are 70% faster than the A10 Fusion as stated by Htxt.  Apple states that: “A11 Bionic also integrates an Apple-designed GPU with a three-core design that delivers up to 30% faster graphics performance than the previous generation. The new A11 Bionic neural engine is a dual-core design and performs up to 600 billion operations per second for real-time processing.” According to Apple with no charging cable required – the iPhone X is truly designed for the future of wireless. Simply place your Apple devices such as your iPhone, Apple Watch or AirPods on the charging pad and you’re good to go. There are also different types of charging mats available. YAY!

Now that you know the very basic and exciting features of the iPhone X, you’ll be better able to decide which iBaby is right for you. Unfortunately, the iPhone X might not be within most people’s price ranges, at least it’s good to dream until we can afford this beautiful new iPhone.

Stay tuned for more news from the Apple World! 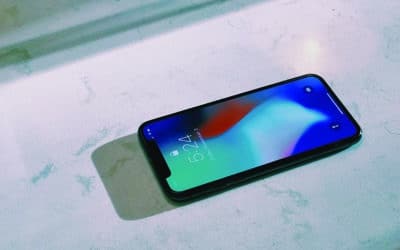 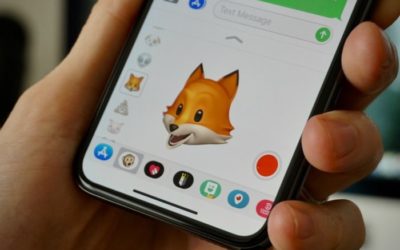