Getting ready for the New World 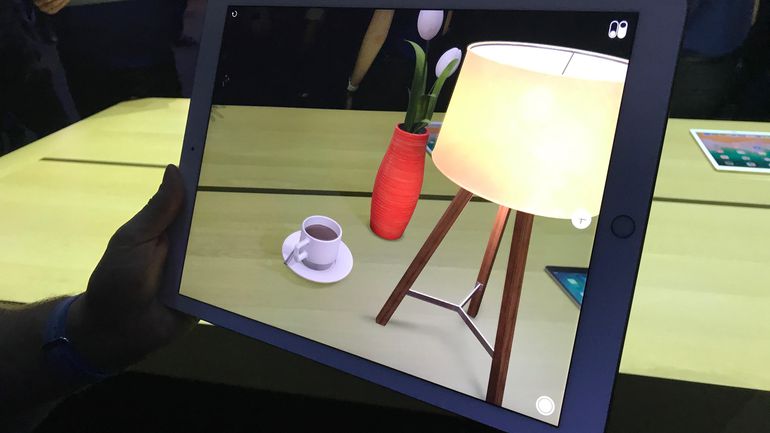 iPhone may be the most successful product of all time, selling over 1 billion units and making the brand the most valuable publicly traded company in the world.

However, Apple has to face the possibility of a new world where new kinds of computers could replace the iPhone, just like the iPhone replaced iPods, and other computers a decade ago.

The smartphone is the dominant computing platform today, but the big players like Microsoft, Google, Facebook and even Apple are starting to invest heavily on augmented reality technology. This would integrate computer graphics into the real world. The vision is that one day, this technology will be used in light and portable smart glasses, which will be able to replace all the screens needed in our lives today- even the iPhone.

Apple is releasing what other tech companies are: The smartphone market is not the growth engine it was a few years ago, and they need something to replace it.

Tim Cook, Apple’s CEO loves augmented reality and it’s not the first time he’s teased a big new product related to AR. According to Cook, AR is going to take a while, because there are some really hard technology challenges there. But it will happen in a big way, and when it does he claims we will wonder how we ever lived without it, just like we wonder how we lived without our phone today.

Apple never really talks about future products, but it does hint at them in two big ways: through acquisitions and software releases. A few week ago Apple announced ARKit, which is software that makes it easy for an developer to make AR apps for the iPhone.

ARKit can combine camera information and motion sensing on the phone to track virtual objects realistically, not unlike what Google’s next-gen Daydream camera tracking promises.

The software is already producing some amazing results, and although Apple hasn’t shown off many of its in-house developed apps using the software, the idea is that there will be a number of AR apple available for iPhone’s in the very near future.