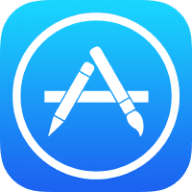 If you’re lucky enough to own or have the iPhone 6S on pre-order then you probably can’t wait to make use of the free apps optimised for Apple’s 3D Touch!

If you didn’t know, Apple’s 3D touch lets you press the iPhone’s screen at varying pressures to activate different menus or functions. It’s the most significant feature Apple added to the iPhone 6s and 6s Plus so you’ll be glad to know that it is not just Apple’s apps that will work with 3D Touch. Third-party app makers have quickly jumped on to the bandwagon by supporting the cool new feature as well.

We have rounded up a list of some of the free apps that have updated versions of their apps to support 3D Touch.

If you press on Facebook’s app icon you will instantly be able to write a post, upload a photo or a video, or take a photo or video. The latest version of Facebook’s iOS app is available now to download in the iTunes App Store.

WeChat
With the use of 3D Touch, WeChat quickly allows you to pull up your QR code directly from the app icon. If you find that your chats are distracting you, you can mute it for an hour using 3D Touch as well.

With this feature, you can apply a slight pressure to get a preview of the photo while browsing through photos on an Instagram account. If you want to see the actual size of the photo, you can simply apply more pressure.
Instead of opening the Instagram app to share your latest snap, you can use a quick action from your home screen to post an image to Instagram more easily.

Using 3D Touch, Pinterest can show you trending boards. It also lets you create a new board from the app icon. You can also use the force touch gesture to peek and pop open your pins.

Shazam
Because Shazam is all about offering instant gratification by providing the song title to the track you’re listening to, 3D Touch in Shazam ensures you’ll never miss an opportunity at song detection. Ordinarily, you would have to log into the app. But with 3D Touch, you simply have to press on the app icon, and you’ll have the option to start Shazam-ing instantly.

According to Apple their dream was always to create an iPhone where the entire phone is a screen. They further state that the experience will be so immersive that the…

10 simple steps to the perfect selfie

Selfies have been and continues to be a big craze. We cannot manage a day on our Facebook news feed, our Instagram, SnapChat or our Twitter without coming at least coming…

How to upload photos to Instagram without opening the app

Just when we thought we had it all as iOS users! Here is another great update for iPhone users. Social sharing platform, Instagram has just made uploading photos and videos…