COVID-19: The Best Free AR Apps To Keep You Entertained During Lockdown Augmented reality may seem like something on the cutting edge of technology, but has in fact been available literally at your fingertips for a few years already! Many apps are using AR tech to merge the digital and physical worlds, creating an entirely new virtual reality experience for users. These are a great way to make your environment more exciting, especially while in isolation. Here’s our round-up of the best free AR apps available now.

This app is great for keeping yourself entertained and brushing up on your history knowledge at the same time. The app allows you to traverse the globe exploring over 30 historical sites, allowing you to explore them and zoom in on the structures and artefacts they showcase. This app is ahead of its time – we’re sure that this is merely a window into the museums of the future.

This app can help you work in your artistic flare while in isolation. Simply plot a few circles on a piece of paper, then use the Sketch AR app to project an image using the circles as a guideline. You can then trace the image before admiring the final piece. This will definitely help to practice your technique and improve your eye for shapes and forms.

This one is for those who want to take advantage of their free time by learning a new language. Mondly uses an AR “teacher” who pops up to give you your lesson of the day. There are 33 target languages to choose from, the app does a good job of keeping you entertained with drills, activities and daily exercises.

We’re sure you remember the craze of Pokémon Go that started when the gaming app was launched back in 2016. The aim is to use your phone’s camera while walking around your daily life to spot and capture various Pokémon creatures. This was one of the very first AR apps available for public download, and it has certainly stood the test of time.

This app is a result of Google’s AR Experiments project. When opened, the app calibrates the space it sees through your camera. You can draw doodles of just about anything which, when viewed through your screen, move just like 3D objects would in the space. It’s not particularly bran-powered in its design, but it sure is fun to play around with!

Another Google brainchild, Ingress Prime is an MMO (a multiplayer game with large numbers of online players) that splits users into the Enlightened and Resistance factions. Players then fight for control of territories by claiming portals while finding sustenance called Exotic Matter. This is a particularly social AR experience and you’ll soon find yourself practically living in the Ingress AR.
AR is no longer a vague concept of the future, and self-isolation is the perfect downtime to try out some of the apps incorporating this tech to keep you entertained and switched on. We hope the virtual realities you create and take part in will be a good enough substitute while the real world does its best to stabilise amid the COVID-19 pandemic. Stay safe! 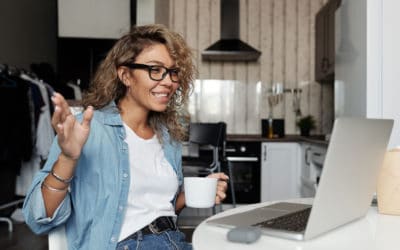 Customise Zoom to Suit You: Airbrush, Filters and Backgrounds

Ever spent ages working out which camera angle best hides your mess of a bedroom from your fellow-zoomers? Or maybe you’re just sick and tired of the same old living… 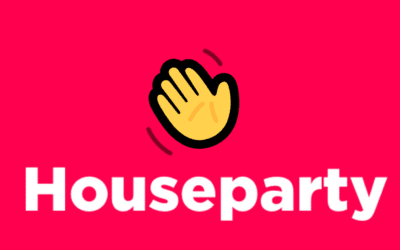 Houseparty: The App Putting the Social Back Into Distancing

In the age of COVID-19 quarantine, we are all looking for ways to stay in touch with our friends, family and colleagues without seeing them face-to-face. What if there was… 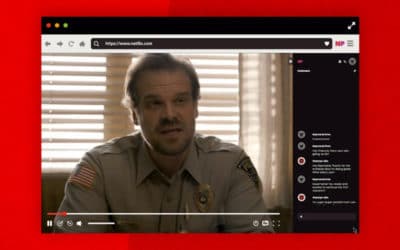 COVID-19: Watch Movies With Your Friends During Lockdown With These Streaming Platforms

The nationwide lockdown is in full swing and while a 21-day rest at home may have sounded appealing, to begin with, you may already be itching for a bit of…